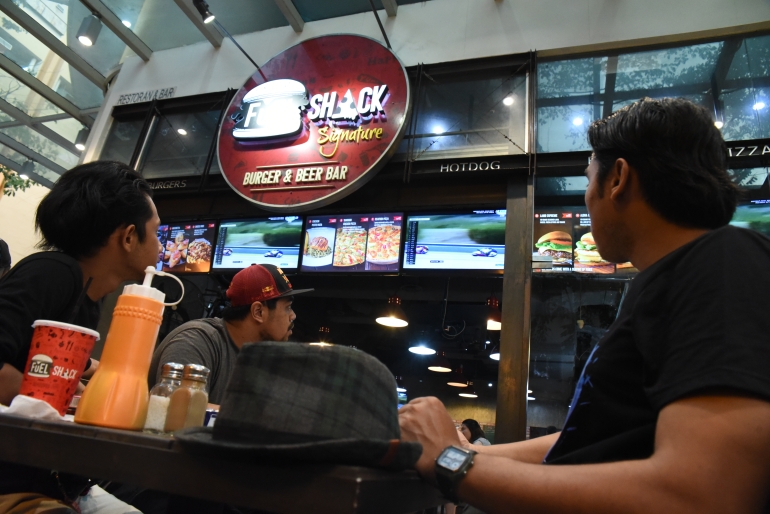 Great vibe, great people, great food and was certainly a great race yesterday at the MotoGP round 4 of Jerez. Through our networks of business associates; our main partner for lifestyle apparel known as Automoto, we were present to the event held by Automoto for a MotoGP Viewing Experience in association with Fuel Shack last night. It was a laid-back event which was held in the very heart of Kuala Lumpur nightlife center among the streets of Bukit Bintang and Imbi. Plaza Lowyat play host to the gathering of more than 20 invited guests whom are close supporters of the motorsports scene that the team at Automoto can get to.

The race between the eventual victor Valentino Rossi and Jorge Lorenzo sparks the best of attention by all the attendees at the Restaurant. Most of the attendees came as early as 4:30PM to watch and support our local heroes such as Khairul Idham Pawi the superkip and of course the darling of Malaysian motorcycle racing; Hafizh Syahrin of Petronas Raceline Moto2 team. Both riders manages to scored valuable championship points as they prepare for the coming round of French GP in May. 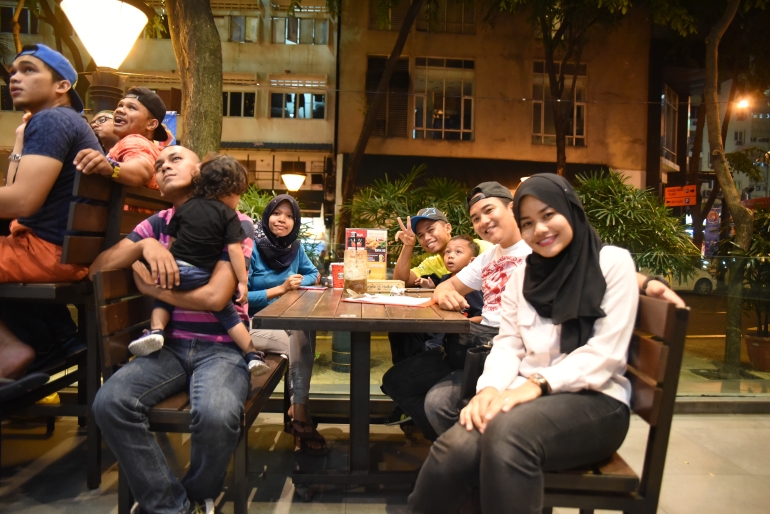 The initiative made by Automoto and Fuel Shack was clearly to spark a true motorsports culture here in Malaysia which was defined as a supportive effort by those who enjoys the sport. Present during the event yesterday was 2 national motorcycle racer; Zulhilmi Yazid who competes in the Malaysian Cubprix and Muzakkir Mohamed who also competes in the Malaysian Cubprix along with the Asia Road Racing series. This effort gives the attendance a chance to get closer to our national riders who actively competes in the local and international motorcycle racing series.

Due to the great support by those who attended the event, Automoto had laid out plans to have it consistently throughout the MotoGP season covering all the Europeans and Asian calendars except for the Malaysian round. Those who attended just need to attend and register themselves to the gathering and enjoy all kind of food that they desire with no extra charge. As the effort by Automoto is aligned with our own vision of cultivating the right motorsports culture here in Malaysia, we will be following closely the development on this event.