“Harley-Davidson of Kuala Lumpur is committed to providing an uncompromised level of qualityservice to all its customers, we have a team of highly competent and specially trained personnel.” said Naza Prestige Bikes Associate Vice President 1 Eskandar Bin Esa. “Our commitment is to provide the best after sales service, premium in-store experience to customers and to maintain the trust associated with the Harley-Davidson brand,” he added. 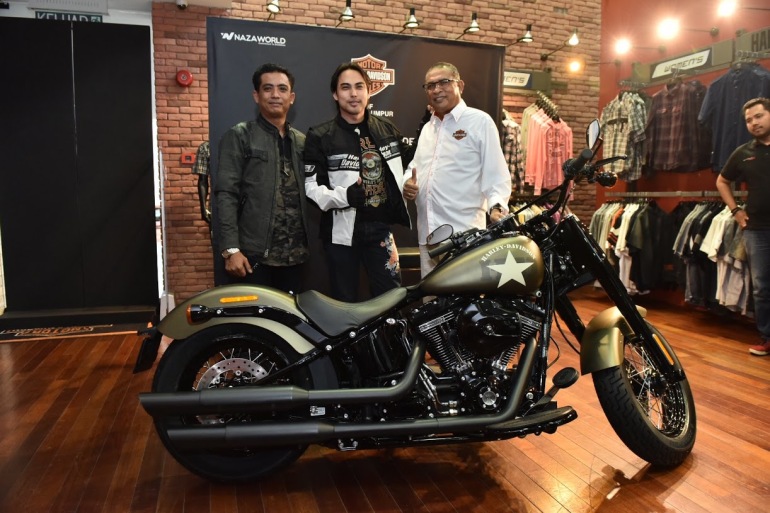 Harley-Davidson has taken everything that was great about the Softail Slim® and added a little more. For starters, they’ve added power with a Screamin’ Eagle® Twin Cam 110TM engine. They have taken the military theme even further with an awesome olive green paint option and made the rest black to the core. Black triple clamp and riser, gloss black headlamp ring, fork slider covers and lower forks. Black brake levers, mirrors and black over/under shotgun exhaust with slash-cut muffler. Every inch is modern power with old iron attitude.