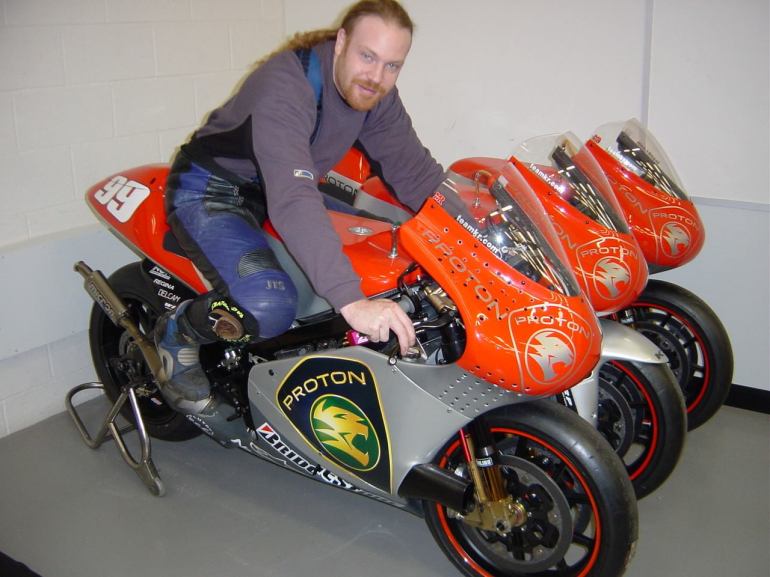 Our lives are full of surprises, and mine makes no exception. I had the luck to meet a person who was in touch with the Proton KR Team: his name is Rob Wornham and worked for the Dalapena of Cheltenham, which was responsible of the machining operations on the V5 engines of the team. Talking with him gave me the chance to know the KR project from the inside, and share this point of view.

Rob, you told me your company was specialized on machining; which kind of operation you made for Proton KR?
R.W.: I was responsible of boring and honing (a machining operation that allows to reach a controlled surface roughness of the parts – Ed.), for cylinders, and I also honed connecting rods, piston gudgeon pin bores and the cylinders as well. I also advised for coating choice for the engine bores: we finally opted for a Nikasil coating.

You are one of the few people who saw close the V5 engines: do you remember any details?
R.W.: Yes, I remember that the bore was 75mm, with a tolerance of +0.01mm (so the stroke should be about 45mm – Ed.) and the engine blocks were from sand cast aluminum, featuring wet liners. The connecting rods were made from forged titanium, while the pistons were from billet aluminum. The cylinder heads were fully machined.

Big manufacturers as Honda, which also have to support many privateers, developed their machines with a bit of scale economy; which was the approach of the KR Team?
R.W.: Kenny Roberts’ team had an artisan approach: few parts per day were produced, and they were finished and checked with total care. For example, no more than 3-5 engines per week were made: they have to be cast, machined, then the wet liners have to be pressed in. After this, the bores were coated and there were the honing operations. After the assembling, the engines were tested on the dyno and they were ready for the bikes. The time required for such few engines can give you an idea of how much we were focused on the quality.

It seems you were quite actively involved: did you met anyone of the chief designers?
R.W.: Yes, I was in touch with the original engine designer, Kevin McGee: he was a nice guy, but I think he was replaced by Stuart Banks, another engineer which worked for Cosworth in Formula 1. John Barnard worked on the chassis and on aerodynamics and bodywork, but not for long I think. I saw mr. Roberts sometimes, but I never spoke to him. By the way a friend of him, Rob Muzzy (who produced high performance parts for bikes and was also successful in AMA Superbike in the 90’s – Ed.), was involved in the project: he focused on engine tuning, working on porting timing and exhausts system development.

In the last article I wrote a lot about the technical innovations introduced by the Proton KR3, the previous racing motorcycle of the team. Did you also worked on it?R.W.: I wasn’t so involved with that bike, but I remember it was quite innovative: do you know that the KR3 was the first bike to use chassis and swingarm machined from billet aluminum via spark erosion? Clever stuff.

Oh yes, the KR3 was a great deal of engineering: radical and innovative, that was the 90’s style. However, how do you remember the adventure with the V5 engine? The riders often referred lack of power…
R.W.: That was true, unlucky: the V5 made its debut at Le Mans GP 2003, and during the whole 2003 season we had many issues, especially about the reliability, so we had to pay less attention to the power. The first engines were about 200bhp on the dyno and they gradually improved up to 220bhp, not much more I think. The Hondas were about 240bhp at that time, it was a losing battle. Anyway, just after few months from the debut, we scored points at Motegi: that was a proud moment!

It was an excellent result, if we compare the dimensions of the team to the Japanese and Italian giants; moreover, 4-strokes engines are far more complex to design and develop than the 2-strokes. I was very nice to hear your memories! Thank you.
R.W.: Thank you too for the interview, it’s always good to revive these memories: I enjoyed being associated with the GP Team. Good luck for the project!