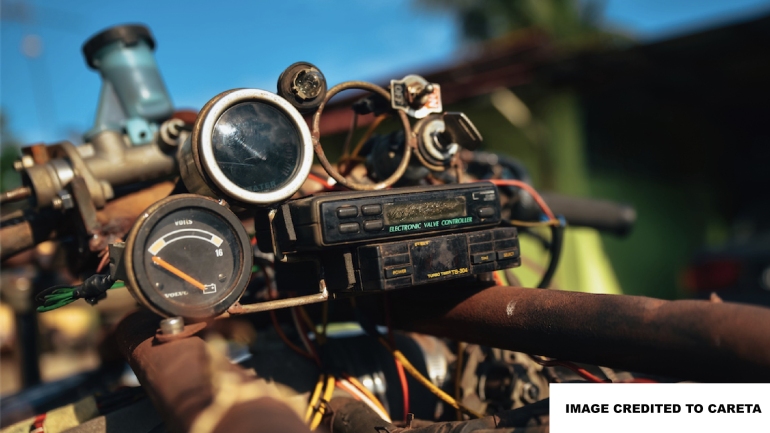 First of all, hats off to our buddies at CARETA.MY for their effort to uncover such story; in which we were so moved when we read it the first time. A custom-made motorcycle may not be that of a rare occasion nowadays here in Malaysia; but it is still a worthy discussion to slip into when it comes to local motoring and engineering scene. The RB20 powered motorcycle idea came out of a frustration by Acid; a name he’s known as instead of Abdul Rashid among his peers over in Johor. The decision to put a brake on his intention to sell the Volvo 240 he owned led to this project of turning it into a 2 wheels monstrosity; a rather interesting one that is. 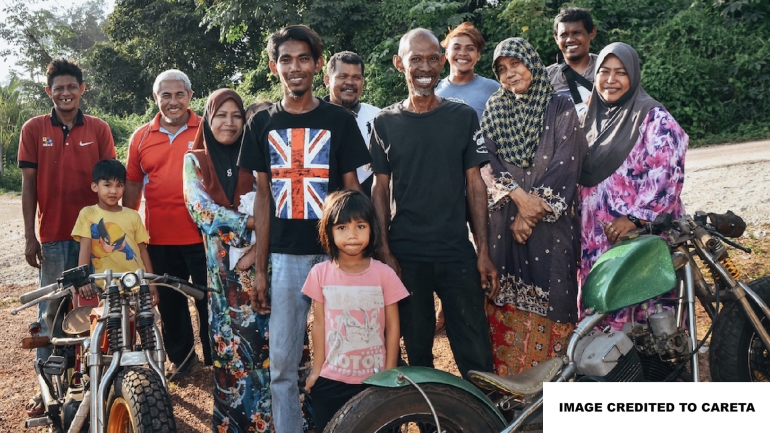 Acid put his own skill as a professional welder to work on the “FrankenMoto” (as we call it) as part of his intention to showcase the bike during the Art of Speed event which being held from 29th of July till the 30th of July 2017. What’s interesting on his project is the fact on how many naysayers towards his project, oh how Malaysian are we when it comes to a creative or innovative work. What we can learn from Acid’s effort is his sheer effort in completing the project which costs him not more than RM1,000. But we feel that it doesn’t really matter how much it cost for him to complete it, as long as he can prove that his concept is conceivable and may bring positivity to the society or maybe the nation.

Our nation’s ought to have more people like Acid so that we can grow to be a great nation with great motoring engineering and a much exciting scene of inventions. But the thing is, we are not lacking in the supply of homegrown talent of tinker-heads like Acid, but we’re lacking the support to people like him. It is a very unfortunate situation when a promising individual come up with great innovations just to be stuck at a certain level due to the overwhelming amount of negative people surrounding these individuals. Acid’s RB20 powered motorcycle proofed to be just that and he didn’t back off from the project despite what others are telling him. It’s unfortunate that we couldn’t meet with the man himself to witness the bike in flesh. 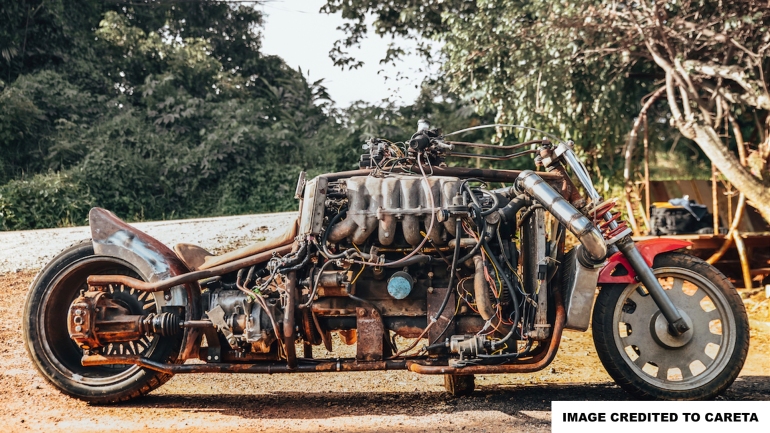 Better late than never, we would like to encourage everyone to partake in the supports needed by the people like Abdul Rashid Ismail for his motoring project. We imagine that there are many benefits that may arises from the cultivation of such culture here in Malaysia. The FrankenMoto is a beast that we imagine would be tough to be ridden if it is actually rideable. We’re hoping to see the RB20 powered motorcycle in action one day and hopefully in flesh; better yet, gets to ride it and feel the huge engine sat there just right in front of the one who rides it. Visit this LINK to read on the original piece we’re reflecting on.