We are now at the halfway point for the MotoGP season in 2017 as they will be taking their traditional summer break. Regardless of what’s happening at the top of the category in the MotoGP series; our eyes are set only on both Moto3 and Moto2. Last year, Malaysia saw some of the proudest moment for their 2 wheels racing history as Khairul Idham and Adam Noroddin making headlines throughout the world; with the former taking 2 wins in a very wet fashionable way.

Since then, Khairul has been the darling of Malaysia’s media and of course every bit of individuals and organizations got closer to him; in pursue of gaining some recognition from his achievement. Late last year then saw the tam behind the achievement of Khairul started to dream big for the 18 year old boy to step up into the bigger league of Moto2 from his first Moto3 campaign. Many seems to agreed to this move but we were somehow left in a bit of a mixed feelings with this decision. 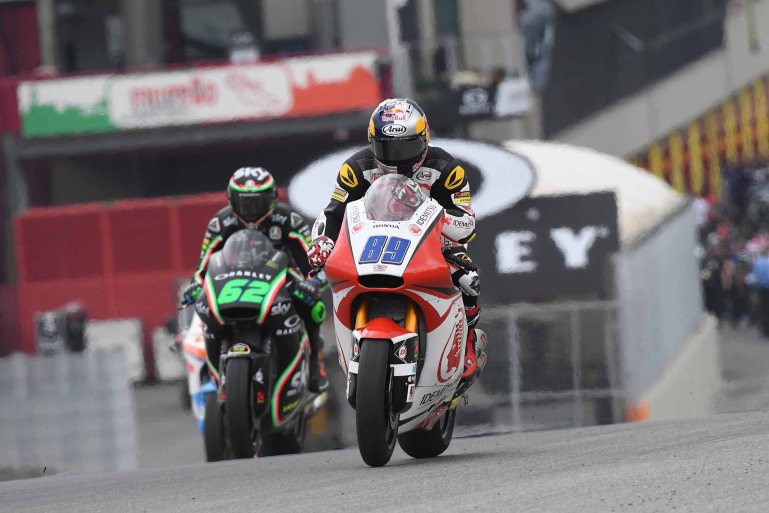 The Moto2 field then proved to be one hell of a league to be in for Khairul as he never finishes in points ever since the season started. 20th place in Germany last weekend was his best ever finish in Moto2 class and that is saying a lot for the wonder boy from Perak; compared to his 2016 portfolio. Not finishing in points has certainly been a pressure for the rider even though no such statement has been made by him publicly. So what is wrong with Khairul or his team right now? Why can’t he be fighting for the point in Moto2?

Many has stated their opinion about Khairul’s current performance and we can clearly see how people are expecting him to do way better than he is right now. For us in Malaysian Riders, it’s not just a matter of having him to perform in a better way but also to consider the return of investment by Honda Team Asia and also Boon Siew Honda as the major (publicly known) sponsor of Khairul’s campaign in the world championship of Moto2. It’s not about whether if Khairul can ride or not, it’s a matter whether he’s suitable to be competing at such class for now. Moto2 optimizing a standard engine and few choices of chassis seems to be an ultra competitive league

It requires an epic combination of Rider’s data or feedback and the engineers ability to translate it into the bike’s race setup; which is easier said than done. If Khairul is to perform better following the summer break, there are some intense training and discussion between him and the team that needs to be happening at their team’s base. With that being said, it’s still up to both Khairul and the team to decide on how to navigate their remaining 9 races and how they will shape up for 2018. We would be very disappointed if the season for Khairul be brought to an end next year as that will be such a waste of investment to bring him at such stage.

Getting back into a winning (or performing) mood is essential for Khairul and if they can actually spend some time in CEV with Moto2; or in any other competition that can bring Khairul’s touch back into the game will be a great help as they return to Czech Republic in August. Hafizh Syahrin did this and actually won in CEV which can be a great help to boost back his morale. Looking at his German GP qualifying shows a great improvement but they were struggling in the race (finished P11). Khairul Idham Pawi, the name that roars across Malaysian and the world as he won 2 races in wet has been slightly forgotten now. As motorsports fans, we need to continuously give him encouragement through positivity so that he can bounce back and continue to improve and gets his first point in Moto2. 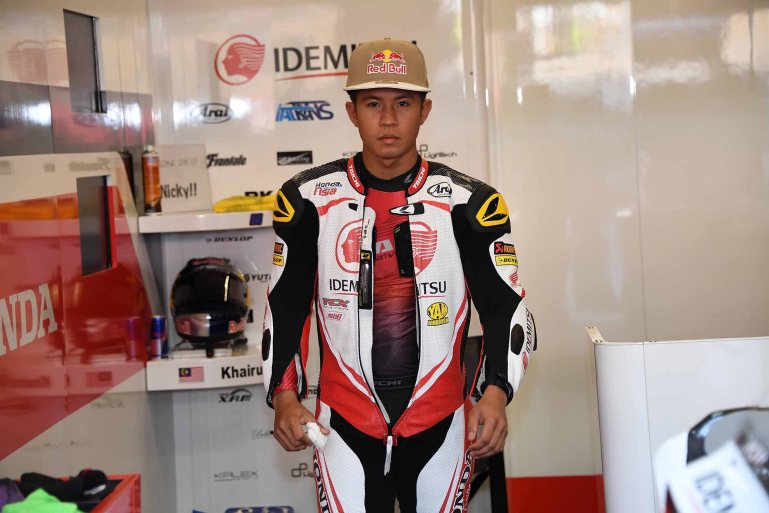 The competition in Moto2 are not getting smaller as Khairul’s fellow Moto3 graduates such as Fabio Quartararo and Andrea Locatelli has been performing quite well to score points in races. With the news of a possible re-entry by Zaqhwan Zaidi to Moto2 in 2018, the seat looks to be up for grab if Khairul continues to under performs. We are hoping for the best inn Khairul’s career as he did shows some progress to his statistics this year, maybe the result will start to appears in Czech Republic and so on. Well whatever it is, our motorsports news are still way better than our football. (Okay, that will sparks a different argument altogether :p)