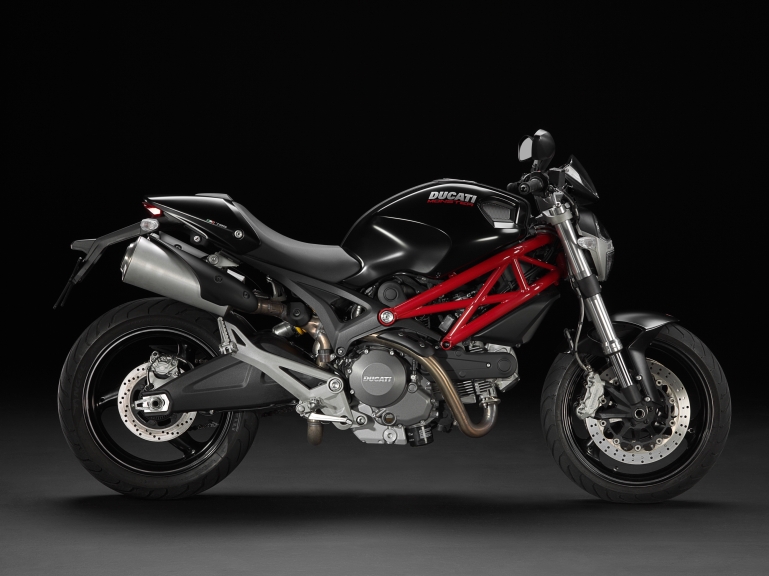 Ducati Corse team ends their MotoGP winter test in Sepang yesterday with a not so positive results from both of their riders. But, this is still too early to judge whether they will be competitive for the new season or not. They did mentioned that this time, it will be a long term development for their team. With that we will have to wait for their development to flourish and see whether they can give a good showing for the season with both Nicky and Andrea.

But the main reason we were present in Sepang yesterday mainly because of the launch of the Ducati Monster 795  ABS by the MotoGP team and the sales director of Asia Pacific, Mr. Pierfrancesco Scalzo. Also present in the launch was Dato Wira SM Faisal and CEO of the venue himself Dato Razlan. The Ducati 795 ABS launch was an expected one by the firm in Malaysia and it is about time for the model to have the ABS integrated to the bike.

The price of the ABS variant will be around of RM66,000 only around RM6,000 more from the standard none-ABS version. The rest of the bike is practically the same and there is only little changes can be seen. We were presented with a red and black Ducati Monster 795 at the paddock of the Ducati Corse team and we do have to say that the black Monster looks stunning and aggressive in it’s own right.

We do hope that maybe we can test out the bike in the future to put on comparison between the none-ABS version. But for that to happen, we all have to wait if Ducati Malaysia will let us to have the bike for filming purpose. For now, please do stay tune with us for more updates and don’t forget to LIKE our FACEBOOK PAGE and SUBSCRIBE to our YOUTUBE CHANNEL.