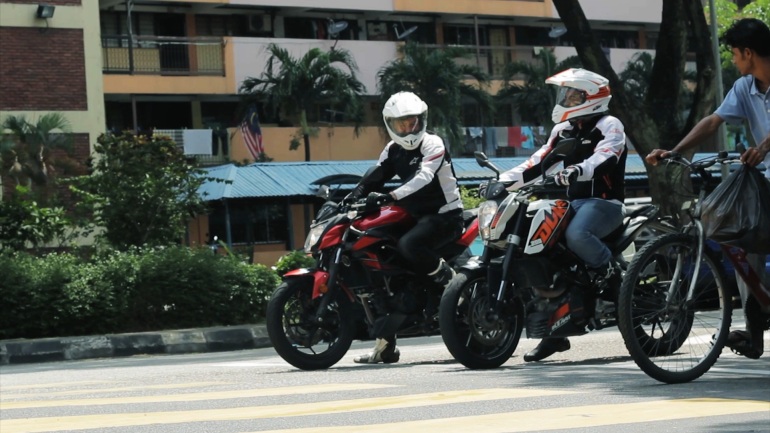 We say all, but actually we only got 3 of them to be talked about (well actually just 2 was ridable). So yes, it has been a while since we last released an opinion film on a bike and for that we are truly sorry. But thanks a lot for being patience with us and for staying tune to our humble organization. Well, this episode is simply a quick opinionated take on the three current beginner motorcycle that falls under the category of naked bike. We do understand that there are more specimens out there that we didn’t mentioned, but this is the reality of our world. We have small connection with motorcycle brands here in Malaysia and let alone the rest of the world. But we working towards that, so be sure to look out for it in the future.

The Kawasaki, light weight single cylinder 250cc motorbike. A brand new from the Japanese manufacturer and we have to say that the three testers involved in this film loved it and thinks that it has a great potential in taking a huge sum of the market share in the category here in Malaysia. Technically the bike took a lot of it’s DNA from it’s sibling the Ninja 250SL and ultimately derived from the KLX 250. But all in all, the bike gives an impression of being nimble, quick and really agile to be used as a daily horse in the city and mid range commuting. The bike has a fair speed for those wants to know, the meter is quite accurate and it says 154km/h tucked in and it was tested on a flat test track that we made in Cyberjaya.

The KTM on the other hand, well; it’s been around longer than the other 2 bikes in the discussion and to our expectation. It remains to be one to be favoured for in terms of looks and styling. It has this exclusive looks and feels to it and it certainly gives you an impression of riding fast (although you’re not actually going fast). Out of the 3, the bike seems to be much well equipped but this is all optional and you can choose to be strictly naked with no ABS to support you and with it; you’ll get the RM15,000-ish price tag. Speed is not a focus for this bike but the acceleration feels a lot more beefier than the Japanese and the Korean made bike. (well, the Korean made is not performing well because we couldn’t event test it).

So now here comes the Naza N5 or better known internationally as the Hyosung EXIV 250. Well this bike, it’s just a normal looking bike from the specification; not to say the other two as abnormal but this just looks a bit undramatic. But do you need such drama in riding everyday from point A to point B. We didn’t think so, we would say that the N5 could have been a great bike to choose for those with such low budget but still looking in getting a 250cc beginner motorcycle that can partially be used as a weekend bike. But the weight, it’s just noticeably heavier than the Kawa and the KTM. It might affect the handling of the bike especially in slow speed situation. But that is all remains to be seen, once we get our hands on it. 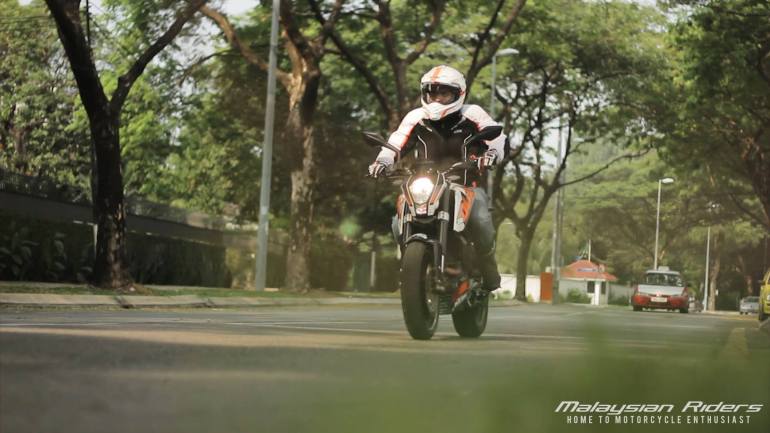 There there, we covered all three bikes as of now but we do understand some of you want to start commenting with anger saying “what kind of review is this!”, “learn how to make a proper review first” and etc. But here is the thing about Malaysian Riders, we will never be like those big names in motorcycling or automotive show that comes from the west or even India. Because we solely believe that being different sets us apart from the rest, we love to present our films in a much different way and much beautiful way as well. With that, we can say that all the support that has been given are truly being appreciated by our team. We are looking forward to get more contents to your desktop and mobile devices via our YOUTUBE CHANNEL and our FACEBOOK PAGE as well.