Imagine if you were in the shoes of our test rider; where you got a call from a manufacturer inviting you to test out one of the most anticipated machine of the year. What would you say? Definitely, you wouldn’t say no to that. The Kawasaki H2 and H2R, now that is the most anticipated bike of the year isn’t it? The 31st of May 2015, Sepang circuit will stand witness to a group of questionable test riders from among the media members of Malaysia in testing out this amazing piece of motorcycle engineering.

Our test rider Muhammad Rashidi was one of those “questionable riders” that will be going out and test the two not so normal machine available in the market now. Both the H2 and H2R can definitely be identified as a Hyperbike more than a Superbike due to it’s mad specification. Well basically, it’s the same kind of machine that you would expect for a motorcycle to be. You got a chassis, you got two suspension front and rear, put two wheels to make sure it can roll, do some electronic stuff to it and at the heart of it; put the best kind of engine you can fit it with.

But then the people in Kawasaki say; wait a minute, let’s put a supercharger to the engine and see what we can get out of it. There you go ladies and gentleman, the birth of the H2 and the H2R. So what about the bike? Was it fun or even possible to be ridden at all? The simple answer to that question will be, YES. But don’t get too excited about that, because there was something needed for you in order to ride the machine the way it should. First, you’ll need an adequate amount of riding skill to not look stupid on it.

But we must emphasize that the single most important thing that really matter on these H2 and H2R was the electronics, without it; we would say that only those who are equipped with MotoGP or WSBK level of riding ability can truly be comfortable to ride it and look good in the process. Since you’re reading this on our site of Malaysian Riders instead of watching our test film on the testing shows that we’re having some difficulty in getting the content available right away. 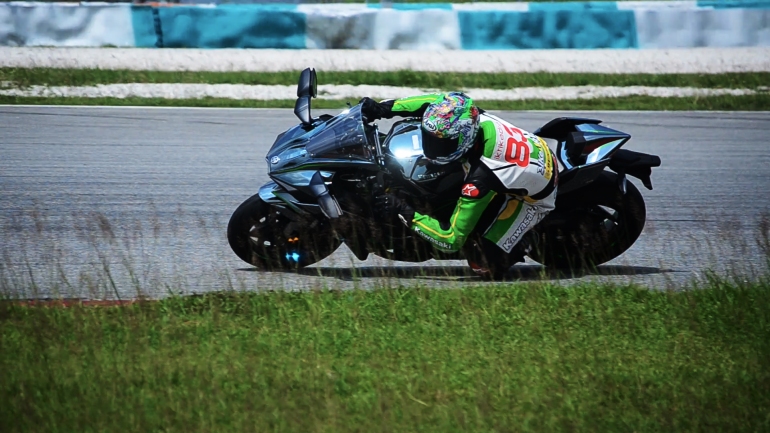 During the testing session, there were more than 2 dozens (around that) of test riders that were lined up to test the machine. That gave us such a restricted amount of laps to explore both the H2 and the H2R, and with that; it brings difficulty for our filming crew to really get the best shot of the bike. Ultimately, we will be doing some extra filming once we got our hands on the bike at the end of July 2015. So back on with the bikes; there is not much that we can really elaborate from the data given from our test rider.

One thing that we can say for now, the H2 and the H2R shares the same concept or idea in Its heart; they are both made to explore the unknown. But they are not even the same machine. Our test rider did say that he prefers the H2 more than the H2R as it was much more manageable and easier to be understood around the track. With less than 5 laps for each machine, there were insufficient amount of time for our test rider to really get the hang of the H2 and H2R (especially the later).

The agility of both bikes was amazing considering the wheelbase and the width of the bike; not to forget that it worth nearly as expensive as a moderate house around Malaysia. That last characteristic mentioned just now however does not inspire confident to anyone in riding the machine particularly if they don’t know what they’re doing. Then came the engine power and this is what makes the H2 and H2R are just sitting in a class of its own. Truly a machine built beyond belief. The power can be felt as low as 3,000rpm to 4,000rpm range and that says a lot for a machine that said to be making at least 250hp as a standard. As what most people would understand now, with more power comes more responsibility; the main question that plays on our mind right now. Did Kawasaki made a great piece of machine or did they invent a “rocket to heaven” for incapable riders out there?

There are so many things left unanswered from our initial test of the H2 and H2R at this moment, we’re truly apologize that we couldn’t get our opinion out in full right now. Understandably, there are other publications especially of those coming from North America and the European continents that already have their final review made available online for all of you to enjoy. At this moment, we still do not fully understand the machine yet and of course we can do some paraphrasing and fusion of what we have with some information that we can obtain from our international counterparts; but that would be unethical isn’t it? 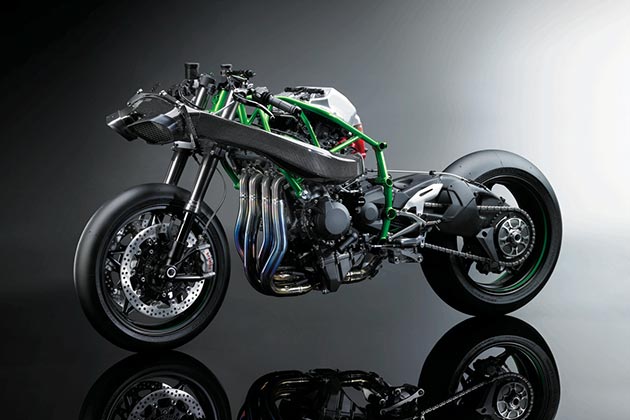 As for now, we’ll leave all of you with this; the Kawasaki H2 and H2R is both an exceptional bike in the world right now. It sits right up there with the likes of Honda’s RC213V-S and the Ducati 1199 Superlegerra. But how it really works in real life and how far it really brings us to the pinnacle of joy in riding still remains a big question for us. It will be interesting for us to find out the answer and be sure to stay around with us in the near future. Please do hang out with us on our FACEBOOK PAGE and check out our films on our YOUTUBE CHANNEL.