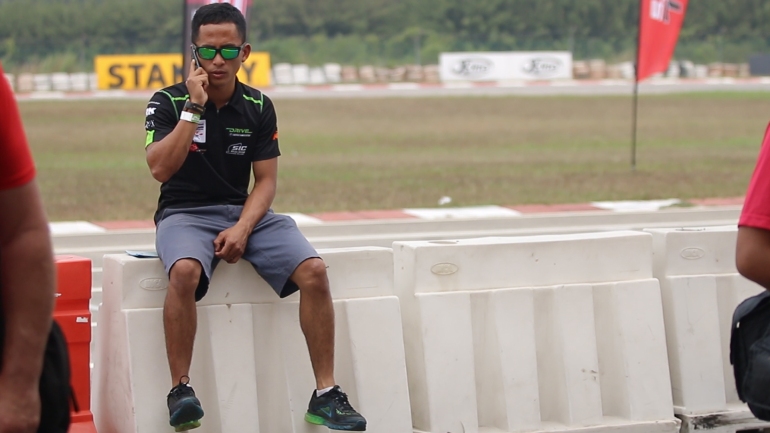 It’s no easy career for any riders out there, especially when you couldn’t improve your performance from the past till the presence. This has been true to most riders such as Michael Laverty, Marco Melandri, Anthony West and our own Zulfahmi Khairuddin. Every single rider that made it to the world stage has proven to be the best of the best from each country and thus deserve to be recognized in such way. But the competition in the global stage is way different from the national level. Fahmi has been struggling ever since he started his second season with the KTM Ajo Motorsports team back in 2013.

Our congratulation goes to the new signing for SIC Racing Team young rider Adam Noroddin; he will be taking over the hot seat of Fahmi after a long season of Moto3 World Championship 2015. With that announcement made by the team, where will Fahmi go to next? Does his managerial team prepared enough to approach any other team on the MotoGP paddock for his career ahead or has the Banting boy rely too much on SIC in the past till he has no other immediate option to carry his own career in the future. There were rumors in the past talking about how Fahmi will be going to Moto2 next year and even World Supersport Championship too, but none of them were solid enough to be a morale booster for Fahmi’s fan.

All in all, the not so young lad of SIC Racing Team will be facing the toughest point of his career by far in deciding where to go next. It will be such a shame if he had to come back and competes in the local competition such as the Malaysia Superbike Championship or the Malaysian Cubprix Championship. But wherever he goes next, the choice is his and only Fahmi can decide on how his future will be; for us here in Malaysian Riders, we are hoping to see him back to compete in the world stage regardless of the category there is. This is following from the multi-million ringgit that had been spent on his development and it will be such a waste to just end up competing in the local competition only.

For more of motorsports stories in the future, especially from our region and our nation; please do stay tune with us on Malaysian Riders and do hang out with us on FACEBOOK to get the quickest updates from our writing desk. In the meantime, please enjoy our film contents on YOUTUBE and feel free to give us any comments and suggestion for the sake of our content creation improvement in the future.